Rice is a staple food in Filipino cuisine During the pre-Hispanic era in the Philippines, the preferred Austronesian methods for food preparation were boiling, steaming and roasting. The ingredients for common dishes were obtained from locally raised livestock. They brought with them knowledge of rice cultivation and other farming practices which increased the number and variety of edible dish ingredients available for cooking. Many of these food items and dishes retained their original Hokkien names, such as pancit Chinese: 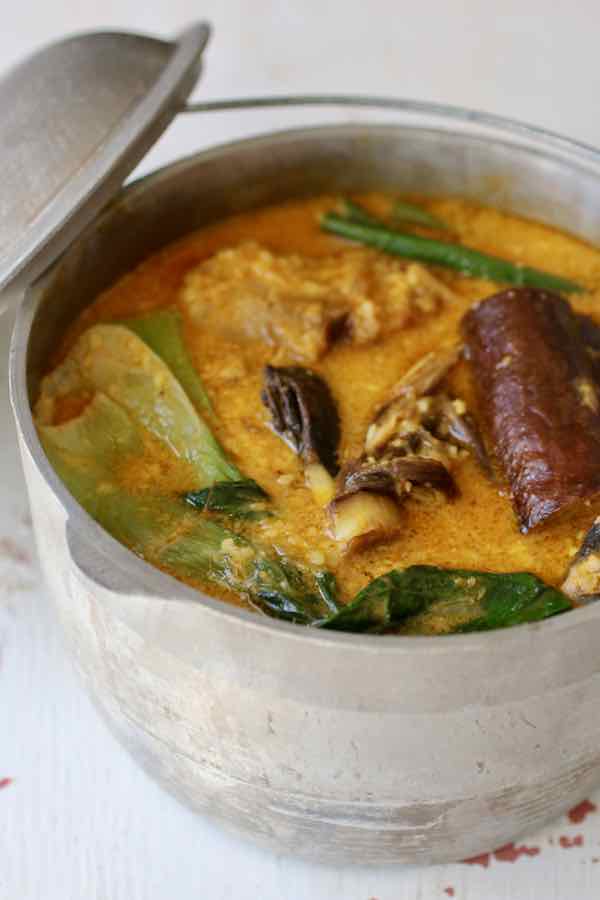 We were that deprived in the mountain city where I spent most of my childhood. Only twice in my life did I spend Christmas far away from home, in another country. The first time was in I was sixteen and attending a world youth forum in New York as the Philippine delegate.

It was my first time to ride an airplane, which had stopovers in Honolulu and Reykjavik yes, Iceland before landing at Idlewild—now John F. Kennedy—airport in the dead of winter.

It also was my first time to be introduced to international cuisine. I arrived in New York on December 25, Christmas day. Snow blanketed the landscape, the air was bitingly cold despite my woollen overcoat, and I was suffering from jet lag. The first of my three host families in America—the Shupes—were very warm and welcoming.

I remember steak and potatoes, cranberry sauce, heaps of fried chicken, fresh fruit juices and cakes. Months later, living with my second host family in New York—the Cassanitis from Italy—I was introduced to spaghetti with meat balls and pizza.

Fast forward to Since I was shaking with the shivers and too sick to go to the Co-op grocery in Archway, I subsisted on whatever canned goods I had stored up. Getting Filipino food was never a problem in the UK.

I got invited to all sorts of Pinoy parties—baptisms, birthdays, dinner-dances, reunions—and went to the barrio fiestas where one was spoiled for choice at the array of dishes wafting their foreign aroma into the English air and pleasant countryside: Living alone in London, I learned to cook Filipino dishes, and got to be resourceful enough in coming up with substitute ingredients for dishes like sinigang and bulanglang.

I have lived a well-rounded life, if this means having dined in the company of royals, diplomats and society bigwigs served truffles and caviar, as comfortably as well with taxi drivers wolfing down peso meals of rice and viand in makeshift eateries or with street folk crowding round balut and fishball vendors.

Putong Polo was the famous tiny ball-shaped rice cake hawked by vendors along the old McArthur Highway traversing the town of Polo, Bulacan, and we never failed to buy it as we shuttled from Manila to Baguio and back.

Both delicacy and roadway were consigned to history by the North Luzon Expressway. Fondly recalled too are places like the Spanish-period, pre-SM stone market or mercado of Batangas City, half an hour by jeepney from Cupang.

That walled old world was redolent of freshly roasted coffee beans whole or ground, unrefined brown sugar in jute sacks, fish both fresh from the sea and dried, and other assorted aromas. One could buy for five centavos ten for the special version, with extra ingredients plus ice cream the best halo-halo in the country, which was what the boy from the barrio went to the city for.

Sometime after coming home, I visited Cupang with my wheelchair-bound father, whose thoughts during his twilight years were always about the old hometown. It was about noontime when we arrived, and the heat of an early summer was palpable.

There was some relief from the occasional barrio breezes, but then my sister Luchie saw something even more promising—a makeshift halo-halo stand beside the nearby barrio school. A relative volunteered to get every one a glass, and it was like reliving the past: The halo-halo of Digman of Cavite and of Chow King may be the rage today, but at fifteen pesos, and with a dozen ingredients the whole lot of which can make you feeling full and cool the rest of the day, the Cupang Elementary School Special would be hard to beat.

But when I did find the rare bonete in Bauan, I was crestfallen. It was very much deflated, without the prominent dome, smaller and without the flavor of the original.

The original bulaluhan, with its seemingly endless row of tubs of the sinful and soulful, has been a compulsory pit stop each time we take a nostalgia trip to the old hometown. There was always a distinct taste to it, an oily heap of thick noodles with vegetable bits and chicken or pork strips. The only other comparably cheap but delicious native noodle I have ever had is the unadorned, ingredient-free, basic-noodle pancit habhab of Lucban, Quezon, which one scoffs with ravenous mouth straight off the banana leaf on the palm of the hand come the Feast of San Isidro Labrador on May The taste has not changed, only the price has—from 2 pesos to 6 pesos over twenty years.

Banahaw, majestic and mystical, eternal source of healing and drinking water, and sanctuary to rebels in various periods of our history.

When we still had a dry goods store in the old Baguio market, we often bought cooked food on the second-floor carinderia above the fish stalls on Kayang Street, and my all-time favorites then were igado and bopis.

I also remember attending a wedding reception amidst the vegetable farms of Trinidad Valley during which I tasted, for the first time and very memorably, a spicy, saucy kalderetang aso that even Korean canine cuisine might not be able to top.

Dark-brown kamias, salt and water, simmering with the fish on low fire, produced the precious patis sauce from the mackerel bought from Tesco, or the giant galunggong imported from Manila, in lieu of tulingan or tambakol.

Back home, it is always a treat to have gulay Batangas on the table, the way it used to be prepared by my mother, and now getting raves over the way it is prepared by my sister Ellen. She has also discovered a special tuyo bought in Quiapo. The size of tawilis, this dried fish remains soft even when fried, and is in fact almost tawilis-like in its texture and taste, aside from being much cheaper than the Taal lake specialty.A filipino tradition meal called I can't wait!

Hope ours will be as good, if not better than this! Kare Kare is a traditional Filipino stew complimented with a thick savory peanut sauce. The commonly used meats for this dish are ox tail, tripe, and pork leg; on some occasions goat and chicken meat are also used. 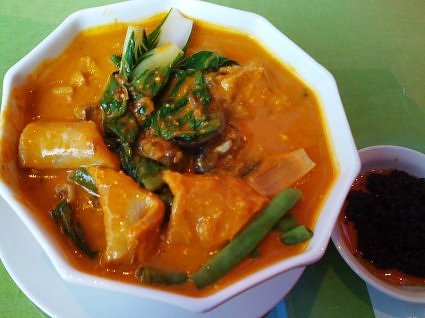 kikiam or quekiam is a caninariojana.com Kare-Kare at Lahi "I've always believed nothing beats Filipino food! Filipino food is an intricate pattern of Spanish, Western, Chinese, Japanese, and Pacific Islanders. Lahi is the perfect place to stop by to indulge in the filipino caninariojana.com Lightly season fish fillet pieces with salt and pepper, set aside.

Pink Salt does such an awesome job making this dish. The sauce is truly on point. Not to think an not too thin. Nice and creamy the way it is suppose to be with a hint of peanut butter flavor that is not over powering. it was the perfect companion for that dish.

I rate this caninariojana.com You don't need to travel to Munich to eat this traditional German dish called Jägerspätzle! This Bavarian classic is often served at the Oktoberfest and makes for a seriously excaninariojana.com Kulinarya is a Filipino Eatery adjacent to Coquitlam caninariojana.com